Jason Damato—Floating Down A River— 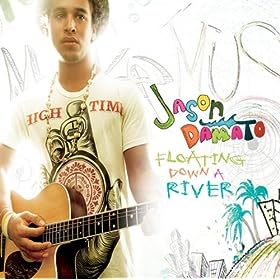 LA-based singer and songwriter Jason Damato combines the laid-back feel of Jack Johnson and Ben Harper and is beachy in his musical composition. Although Damato doesn’t have a full- length album to debut, it’s coming. Until then, you can catch some of his tunes on his Myspace page. He brings a young, fresh sound to the mix and at the age of 21 one might expect his lyrical ability to be sophomoric, but he does a fine job of turning life’s hardships into formidable songwriting with some wisdom in the background. 4.5 McRiprock’s

Serial Thrillers– Self Titled-Rock with a hard driving energy that includes distorted guitars, smacking drums with interspersed guitar and synth parts complete this album. They coast the spectrum of rock sounding like powerpop’s Nada Surf to post-grunge’s Live or Stone Temple Pilots. Out of Boston, they have kept the line-up the same, but adopted the name Serial Thrillers for their debut album recording with producer Anthony J. Resta who has worked with Collective Soul, Duran Duran, Shawn Mullins and Perry Farrell. 4.0 McRiprock’s.

Tungsten Coil—Alpha and Omega—Voted Best industrial band at 2008’s Austin Music Awards, Tungsten Coil provides a mix of modern electronic and industrial music mixed with the traditions of a rock band. When heard live, they put on a spectacular show that’s all rock n’ roll including components like lights, fog and visuals. They came up in the Austin scene fast and furious, booking a spot with SXSW just five months after their first show and won fourth place in 2007’s Austin Music Awards just three months after their debut. Songs, “Prey to Me” and “Time” get air play and lots of attention from those that follow this band. 4.5 McRiprock’s.

This is new cooking show "JRM SAYS..."
Next