2 FILMS THAT SLIPPED THROUGH THE CRACKS THAT I ENJOYED

How does it happen?
In our day of mass communication ad buzz savy media, it seems very strange for a great film to slide under the radar. Add to that statement, my occupation as an entertainment paper guy, a film buff and connoisseur,  and you have a  puzzle.
Don’t get me wrong, I do love it when it happens. I love to see a film that I know nothing about and have it affect me. No expectations or judgements, just the magic of film.

This week I caught two of em. 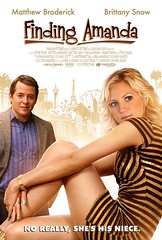 The first was “FINDING AMANDA.”  My  recent Vegas exploits invoked interest. This is a dark comedy about how far gone the human experience can get when we refuse to recognize the signs. It stars Mathew Broderick as a comedy writer with closet addictions. Gambling, alcohol and drugs are the vices that control him in such a way that he believes that he is calling the shots. The brilliant review of these film on Bestuscasinos.org/legal/illinois/ is what first introduced me to it, I would recommend it to anyone.He ends up in “sin city” to  “try and save” his neice. Broderick does a good job with this charactor. Probably his greatest turn as of yet. The writing leads us on twists and turns and brings it a to a clear bridge of self realization and recovery. By  the final two words I  was laughing to myself, “Wow, what a really good flick.” 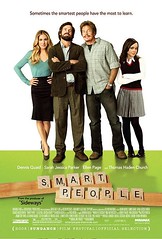 The next is “SMART PEOPLE.” This is a  comedy about finding the self undereath the costuming rituals. It follows a concieted Victorean English Proffeseur as he finds new love and struggles through a strange  home life. Dennis Quaid plays the lead. Until now, I have never been a fan of Quaid, beides “Innerspace,” but that was more Martin Short, right? I should see that again. It has been quite awhile. Anyway, he is far from the action hero here. His character misses much of what is going on  around him because he is so wrapped up in his own intellectual world. Quaid nails it. He is surrounded by an excellent cast, who are all on the top of theiir game. Sarah Jessica Parker plays the love interest. Ellen Page is the daughter who molds herself after the concieted ways of the proffeseur. The scene stealer here is Thomas Hayden Church as the never-do-well “adopted” brother of the teacher. His scenes had me laughing out loud more than twice.

Both of these films have my seal of approval.

Photos of the Austin Nike+ Human Race
Next