ANGRY BIRDS at the Superbowl

Super Bowl fans in the United States watching RIO’s new commercial spot are invited to find the frame with the embedded code that will in turn direct them to a special level on ANGRY BIRDS, Rovio’s blockbuster game, which recently entered into a first-of-its kind partnership with RIO. That level will take you to a RIO sweepstakes.

The sweepstakes winner will attend RIO’s world premiere in Rio de Janeiro on March 22. That same day, Fox and Rovio launch the highly anticipated “Angry Birds Rio” app.The spot will be available across the web, including youtube.com/officialriomovie, after the Super Bowl. 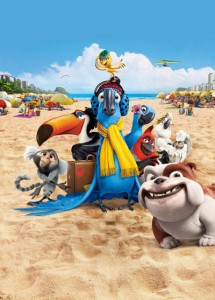 CARNAVAL THIS SATURDAZE AT PALMER
Next