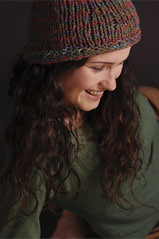 Elaine Ryan will be performing this weekend as part of Media Arts and Literary Institute (M.A.L.I) Women’s Film and Performance Arts Festival here in Austin, Texas. Music showcases will be held at the Long Center, Cafe Mundi, Green Muse, Austin International Youth Hostel & Hot Mama Espresso, Thursday, May 28,2009 through Sunday, May 31st, 2009. All efforts benefit the M.A.L.I  summer media camp for at risk teen girls and women in the media arts. For more info go to, http://www.blowinupaspot.com/Home.html

AUSTIN DAZE: Tell us about performing as part of  M.A.L.I’s festival.

ELAINE RYAN: I can’t wait. It’ll be my first performance in Austin and my first trip to Texas. I’m really looking forward to hearing all of the other musicians and watching the films. It should be a fabulous time.

AD: How did you get involved?

EM: I applied for the festival through the Sonicbids website. That’s how I came to hear about it.

AD: What do you think about the theme of this year’s festival: Sustainability?

EM: I think it’s apropos. The environment is such an important issue-they’ve been telling my generation to care for the earth since we were five and it’s scary how little has changed in 20 or so years. The more attention that can be brought to bear on the environment and sustainability issues the better.

AD: Tell our readers a little bit about your sound. If you had to describe “folk-soul”…

EM: I call my music folk-soul because, like folk, my songs have simple melodies and song structure, while being lyric-driven. I believe that the lyrics themselves and my voice are more reminiscent of soul…but that’s a subjective thing I suppose-what do you think?

AD: What are you inspired by?

EM: Most of my inspiration comes from lived experience, particularly relationships I’ve had. The songs that have social justice themes come from experience too, whether working in a developing country or getting out of a tough relationship. The songs are usually inspired by an emotional state and then flushed out with thoughts and images floating around in my head.

AD: Have those inspirations changed over the years?

ER: I became a singer-songwriter with the idea of writing feminist songs. I had recently returned from a trip to Guatemala and was coming to terms with the fact that women in most of the world do not have the kinds of rights and freedoms that women in North America and Europe do. I had known that before of course, but the shock of it really hit me after I had done some travelling. I find it extraordinary that there’s so little public outcry about the harsh treatment of women in the developing world. In the end though, when it came to my song-writing process, I found that I was much better at being truthful and genuine about my own life experience. So I only write as many overtly feminist songs as I have material for in my personal life! There used to be a lot of that but as I’ve grown, emotionally, and gotten a bit older, I’m better able to choose situations that are conducive to my liberty and happiness. Now, it is more important for me just to write my truth. I feel like the more that I do that, the more I find that other people can identify with the songs, and the better I feel about what I’ve written.

ER: I think I collect ideas in the back of my mind as I go along and then when my mind is in a creative place it, or some kind of muse, puts the pieces together in song form. One thing I’ve really noticed over time is that I need to be finished with a situation to write well about it. When I’m in a situation that isn’t good for me, my mind has too many ulterior motives (like not having to reconcile contradictory feelings and behaviors) to write truthfully. Sometimes I write the words and the music together, sometimes separately. It’s really important for me to be in a place where no-one can hear me when I’m working on songs, or I start to censor myself.

ER: It’s hard for me to say; it’s the only urban scene I’ve really been in. I’ve spent some time on Maui too, which is very tourist-oriented. Naturally, the music that really speaks from the soul there tends to be Hawaiian-influenced. This is my first time in Austin, which I know has a pretty big reputation. I enjoy playing in Vancouver but it’s a scene that I find is more oriented towards bands than solo artists. But the musicians there are super-friendly, people help each other out a lot, and I think there’s quite a lot of good music coming out of Vancouver.

AD: Tell us about your debut recording, Sisters.

ER: A lot of people are touched by the title track “Sisters.” It speaks mainly to violence against women, but also to other struggles that women around the world go through. The song “Dream of Peace” is also on another album-it’s a double-disc charity compilation CD dedicated to the memory of Martin Luther King Jr. called “Dream On!”. The Sisters CD has an acoustic sound, it’s a great Saturday evening with wine or Sunday morning with a cuppa coffee or tea kind of listen.

AD: How did you get started in the music business?

ER: I was in my first semester of a Masters program in Political Science. I hated the emphasis on deconstruction. We were being trained to pick everyone’s work apart and the professors were conservative and discouraging of new ideas. I had been tempted to go to law school, but after working for a legal non-profit, realized that it would be very destructive to my soul. I was in the Masters program to get a degree that I could use to help people-either working in non-profit or for the government. But the whole program just felt oppressive to me, so I chose to quit after the first semester. I wasn’t sure where I would go from there-I wanted to do something in the arts. I ran into a friend of a friend who was working at a music store and he asked me if I’d like to play a song or two at an upcoming benefit show he was organizing. I jumped at the idea. I had never written a song before but I wrote one for that show and then just kept on writing.

AD: Did you ever consider doing anything else?

ER: When I was growing up I always wanted to be a singer or a dancer. Now I’m a singer-songwriter and I also dance flamenco for kicks. But it took me a while to settle on being a musician. There was a lot of pressure within and without to do something more lucrative and academic. I considered working in international development or as a human rights lawyer before working at becoming a musician.

ER: I’m actually in the middle of mixing my first full-length album right now. And I’m moving to Montreal for a while to check out the music scene over there and take the opportunity to tour the eastern parts of Canada and the U.S. I’m looking forward to living in a bilingual city (and to improving my French). The musicians I’ve met over there are so warm. I’m really looking forward to the move.