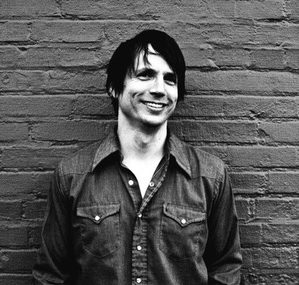 Since his arrival as a solo artist in 1993 and his self-titled debut on Capricorn Records, Texas Music star Ian Moore, has been on a journey of perpetual forward motion and constant change. That record included the hits, “Satisfied” and “Blue Sky”, and even featured the track, “Harlem”, which was made in to a music video by rap icon, Ice Cube.

Moore’s upcoming “Strange Days” EP was birthed by Ian channeling all of the influences from his childhood, soul music and the blues. All the while, carrying forward the hard-earned life lessons acquired on said journey- that allow him to infuse these songs with a depth that only comes from many years and countless miles. Moore’s ability to straddle genres like a Neil Young or a Jack White is obvious.

By paying tribute to such luminaries as Curtis Mayfield, Otis Redding, Aaron Neville (even covering “Hercules”), and Sly Stone, Ian Moore can offer music politically charged at times, as well as the heartfelt love song filled with emotion and purpose.
Jimmy “Duck” Holmes
Jimmy “Duck” Holmes
Jimmy “Duck” Holmes has lived a life steeped in blues. Today he is the last living practitioner of the celebrated style of Bentonia blues made famous by Skip James and Jack Owens. In addition, Holmes operates what is arguably the oldest juke joint left in Mississippi and is the organizer of one of the longest-running festivals in the state – the Bentonia Blues Festival. The 44th Annual festival is scheduled for June 18, 2016.

Born to sharecroppers Carey and Mary Holmes in the summer of 1947, Jimmy “Duck” Holmes has lived his entire life in and around the small Mississippi town of Bentonia, home to one of the most unusual and beloved strains of Delta blues – the Bentonia Blues started by Henry Stuckey in the early 1920s. The town was first placed on the musical map in 1931 when one of Henry Stuckey’s students, Nehemiah “Skip” James, recorded nearly two-dozen songs for Paramount Records. These recordings have gone on to become touchstones for several generations of blues fans.

Since James’ death in 1969, several other blues guitarists from Bentonia emerged who were also taught by Henry Stuckey, including Cornelius Bright, Jacob Stuckey, and, most famously, Jack Owens, all of whom have since died.

Fortunately for fans of real-deal country blues, Jimmy “Duck” Holmes has emerged as the keeper of the flame for the Bentonia blues, as he is the last person taught to play by Henry Stuckey. In April 2006, his debut CD Back to Bentonia was released by Broke & Hungry Records to universal praise. BluesMatters Magazine hailed it as an “early contender for Best Traditional Blues Recording” of 2006. Blues & Rhythm Magazine wrote, “Down-home and Delta blues fans are in for a treat – this is the real deal. A magnificent debut set from Holmes and Broke & Hungry Records.” The CD was awarded three Living Blues Awards including Best Debut CD, Best Traditional/Acoustic CD and Producer of the Year for Broke & Hungry Records owner Jeff Konkel.

Holmes’ sophomore CD, Done Got Tired of Tryin’, was released in 2007 to similarly rapturous reviews. The album was nominated for a Blues Music Award as Acoustic Album of the Year.

In 2014, Michael Schulze, a fan of Jimmy’s stopped by the Blue Front Cafe to get a CD signed. Six months later, the two formed Blue Front Records based out of Bentonia and dedicated to the preservation and promotion of Bentonia, Delta, Hill Country and other raw honest blues.

Blue Front Records’ first release, It Is What It Is by Jimmy “Duck” Holmes is scheduled to be released in early May 2016. It is already generating considerable buzz.

“I’ve been around blues my whole life,” Holmes says. “It’s not really something I chose. I feel like it chose me. I’m just happy that people seem to like what I’m doing.”