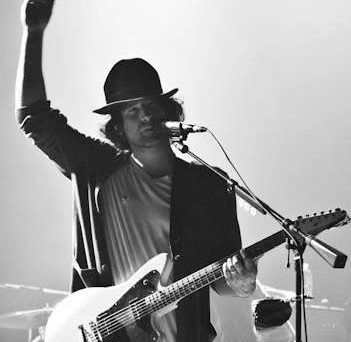 It’s hard to think of anything more starkly reliable than the ticking of a clock, but time is an untrustworthy thing. It feels like ages since we’ve had a proper Pete Yorn LP to dissect, though it’s been just five years. And it seems like only yesterday that we first heard musicforthemorningafter, which came out back in 2001. Yorn’s brand new album and Capitol Records debut, ArrangingTime, plays with the elasticity of the years both in between and since — it’s not only a culmination of the Los Angeles by way of New Jersey artist’s adventurous latter-day projects, but a return to his original leaner methods.

For the first time since 2003’s Day I Forgot, producer R. Walt Vincent returns to help Yorn execute his most poised and diverse set of songs yet. ArrangingTime runs the gamut from elegiac folk to wasteland blues to upbeat, synth-kissed rock. Of course, some things never change. Yorn still plays the observer, stepping into characters — or his past selves from previous years — routing wistful poems and beatific visions through the weather-beaten voice of a man who’s seen a few things in his time.