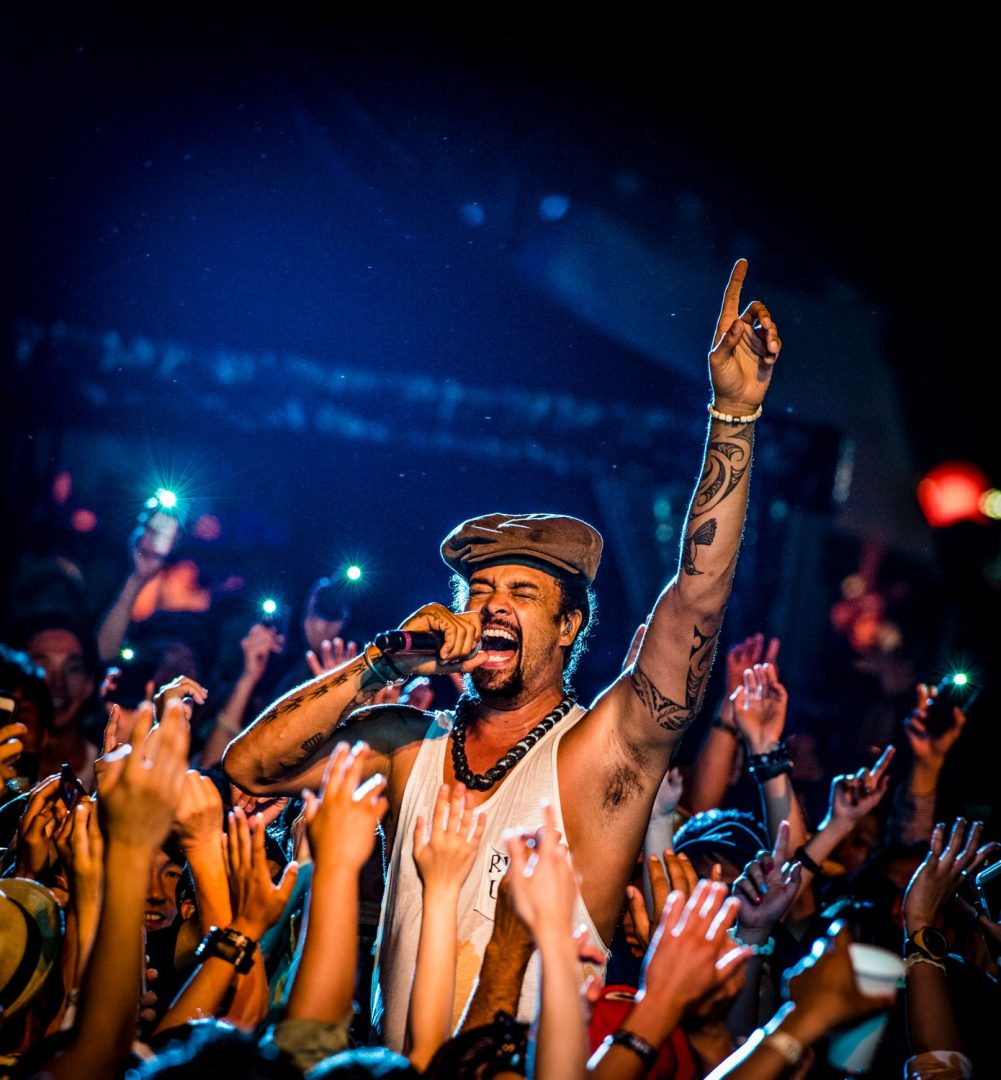 One dollar of every Michael Franti ticket sold will go to Franti’s “Do It FOr The Love” charity.

MICHAEL FRANTI & SPEARHEAD
Michael Franti is a musician, filmmaker and humanitarian who is recognized as a pioneering force in the music industry. Long known for his globally conscious lyrics, powerful performances, and dynamic live shows, Franti has continually been at the forefront of lyrical activism, using his music as a positive force for change.

“I make music because I believe it can change people’s lives and make a difference in the world,” enthuses Franti, “music gives us new energy and a stronger sense of purpose.” He and his band Spearhead, known for their authentic and uplifting music, have found global success with multi-platinum songs like “Say Hey (I Love You)”, the chart breaking 2010 release of The Sound Of Sunshine. Franti and his band guarantee a show that will be thought provoking as well as energetic.

Franti has a brand new single, “Once A Day” from his upcoming debut album on Fantasy Records. “Once a Day” was inspired by his son’s diagnosis with a rare kidney disease called FSGS (Focal Segmental Glomerulosclerosis) in the hopes that this song would inspire anyone in the world who is going through challenging times. “My belief is that through music, dance and gratitude for this life we can all ‘rise up’,” explains Franti. “Once A Day” was produced by Supa Dups (Eminem, Damian Marley, Bruno Mars) and features special guest Sonna Rele. This new song has the same feel-good, inspiring vibe as “Say Hey (I Love You),” his 2x platinum hit single.

Giving back has always been at the heart of Franti’s mission, he has dedicated his life to spreading the joy of music and positivity to millions of people.