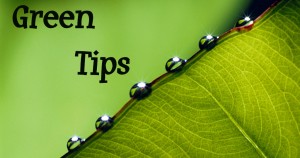 I am all-too familiar with green living. I’ve had so many drug-fueled barroom trysts encounters with patchouli-smeared, hemp-adorned folks that I practically permeated Nag Champa for a good portion of my early twenties. Trust me when I say that the tales I have could make even Mother Nature herself blush.

However, with every youthful fantasy comes the inevitable disillusionment, and I learned that perhaps these sandal-wearing, bearded fellows weren’t the environmental enthusiasts I had imagined. The truth is that there is only a fine line between being absolutely disgusting and saving the planet, but every pizza-for-breakfast post-college bachelor can actually become environmentally proactive (and impress the earth-friendly members of the fairer sex) by following four simple tips.

While seemingly neurotic, these tips contain an element of truth. Putting these simple tips into action can not only make a positive impact on the environment, but it can also get you some action. It’s obviously a win-win situation. The ladies are wooed, and the trees get a little greener.

Jocularity aside, mainstream media treats environmental conservation like it only deserves a mere fifteen-minutes of fame. The morning news briefly spouts off about hybrid cars and solar panels and then moves on quickly to the details of the current celebrity wedding. Ignored is the fact that if we as individuals don’t take responsibility for the direction of the environment, the hole in the ozone layer will grow and the plants will cease to.

A Whale of a Tale
Previous