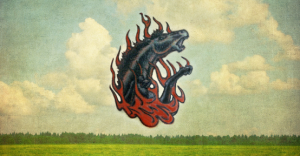 All proceeds to the Graham Grulke Education Fund.

The Austin music scene is invited to join the many friends, family and
co-workers of SXSW creative director Brent Grulke for a public
memorial and benefit concert at ACL Live at the Moody Theater on
September 8.

A beloved figure amongst Austin bands and fellow fans for more than 30
years, Grulke died of a heart attack at the age of 51 on August 13. He
is survived by his wife, Kristen Brock Grulke, and a seven year-old
son, Graham. All proceeds from the concert will go to the Graham
Grulke Education Fund.

“The Grulke family has been amazed and consoled by the outpouring of
support from Brent’s friends and colleagues,” says Brent’s brother,
Bradley Grulke. “I admired Brent’s professional accomplishments, but I
really loved him as just my brother. I’ll miss his passion and his
laughter.”

Says SXSW director Roland Swenson: “SXSW is very grateful to the Moody
Theater for providing a large space for the huge number of Brent’s
friends, and people whose lives he touched through his work, to get
together in one place to remember him in a way that he would have
enjoyed.”

Most of the bands on the bill date back to Austin’s “New Sincerity”
era, a scene that Grulke played a major part in, including his
involvement as the co-producer (and liner notes writer) of the 1985
compilation album “Bands on the Block.”

“These are all bands Brent had something to do with, either
directly–as sound man, road manager, coach–or indirectly, just by
the fact that they wouldn’t have been around if Brent hadn’t been
around,” says Wild Seeds frontman Michael Hall.

Doctors’ Mob, Glass Eye, the Reivers, True Believers and Wild Seeds
are all reuniting for the first time in several years specifically to
play this show.

And while Sixteen Deluxe belongs to a later Austin music generation,
“bands like ours were the direct beneficiaries of Brent’s talent and
enthusiasm,” says bassist Jeff Copas. “He and SXSW gave us a stage
where the whole world could see us play. That opportunity led us all
over the map. We’re honored to have the chance to try and repay part
of that gift to his family.”

While back in the day you would have found the line-up (and Brent
himself) at the Beach, the Continental Club or Liberty Lunch, having
Austin’s current showcase music venue as the host of “GrulkeFest” is
meaningful as well.

As Roland Swenson says, “the last concert many of us attended with
Brent was also one of his greatest achievements: coaxing Bruce
Springsteen to come to SXSW last March to perform at ACL Live.”