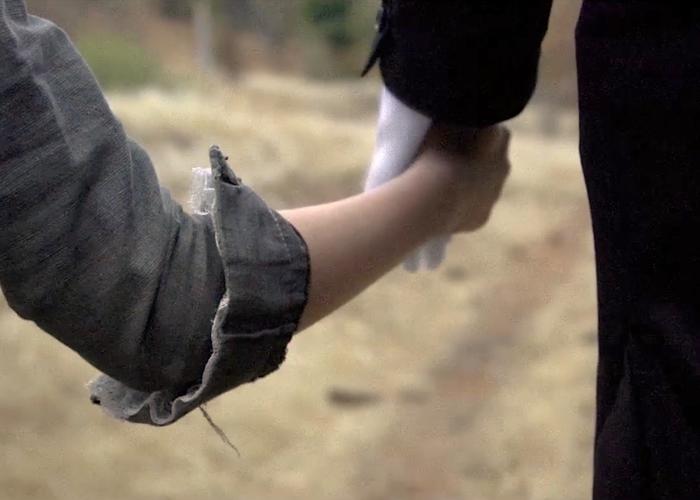 Slenderman is like the modern day boogieman and if you aren’t familiar, he is depicted as a creepy, tall, faceless man. He’s a horror icon and has built up quite the following on the internet.

Back in May of 2014, two twelve year old girls  in Waukesha, Wisconsin, Anissa Weier and Morgan Geyser, lured their friend (Payton Lautner) to a park woods where she was stabbed by Morgan nineteen times, all in the name of Slenderman, who she believes guided her hand.

The documentary takes a Look into the lore behind Slenderman, there seems to be a cult following at this point.There is no shortage of videos, drawings, even multiple videogames, depicting this creature that has taken on a familiar form as a kind of splendor for young children and young adults.

Much of the documentary is focused around the children’s parents as well as the girls confessions or interviews with the detectives who worked their case. The scariest thing about this violence is that these two girls were flying under the radar when it comes to their parents knowledge or lack of knowledge. The notion that all this premeditated planning was happening right under their noses is hard to take for these unfortunate parents and their circumstance. To the efforts of fearing tablets being in the hands of children. Beware the Splenderman definitely wasn’t spinning that the internet is to blame, but it definitely defines what most people that are actively online already know, that you can/will find whatever you are looking for and if you are a socially struggling teen, like Anissa Weier, you can blur the line of reality and fiction and find videos, images, etc. that provide solace to these delusions.

Morgan and Anissa are standing trail for attempted first degree murder and if tried as adults, they could get up to 65 years in prison. Their case is still pending in the courts today.