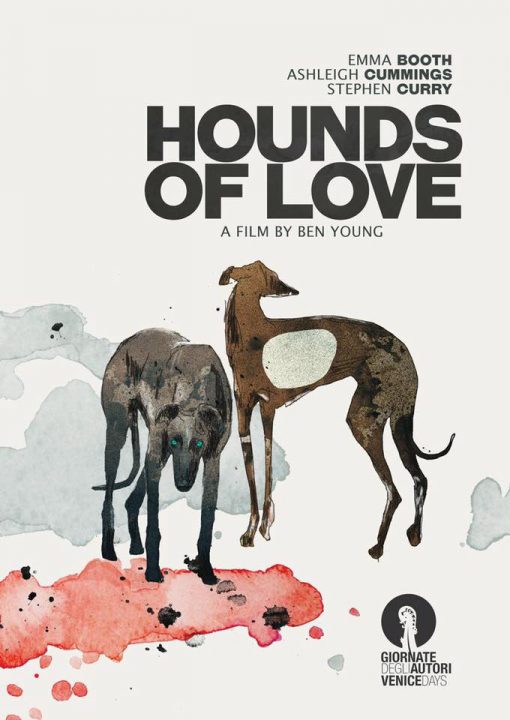 Hounds of love is an abduction film that derives tension often times from leaving out exposition and dialogue. The most frightening and nail biting moments come from what is left to the imagination. What didn’t we see behind the closed doors that we can only imagine was brutal and inhumane? Hounds of Love is the first full length feature film for Australian director/writer, Ben Young, and he definitely grants respect to the audience with the understanding that we will expect the worst with just a partially painted picture which we seldom get these days in thriller or horror films.

Vicki (Ashleigh Cummings) is a complex teenager who is struggling with the divorce of her parents and drawing a line in the sand when it comes to her mother who spearheaded the divorce. When sneaking out of her mums house to go to a party, Vicki is approached by John (Stephen Curry) and Evelyn (Emma Booth), a seemingly harmless couple who offer to give her a ride to pick up some dope that Vicki wants to bring to the party. Vicki reluctantly gets in their car and goes with them to their home. It turns out the couple are serial abductors, but were not prepared for Vicki who is highly intelligent and bides her time, watching the dysfunctional and disillusioned couple and their downfalls. Eventually Vicki attempts to find a way to relate to Evelyn, who seems to be tiring of John’s independent creepy advances on Vicki. They usually both take part in the sexual assaults on their victims.

I’m not certain if this is based on a true story from the 80’s, but it definitely showcases how the police under-reacted to these scenarios at that time. In this film, they are portrayed as non-phased pencil pushers, which leaves everything up to Vicki’s family to put together what happened to their daughter.

I appreciated the silence in Hounds of Love with background noises, dogs barking, and even a few slow-mo shots of kids playing. The writer/director took his time with letting the film unfold, never racing to a climax. The soundtrack is notably great and the acting is superb, especially the tense interactions between Ashleigh Cummings and Emma Booth.