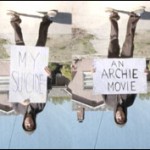 Regenerate Films is a nonprofit organization whose mission is “to amplify voices” using film and video. They “seek out and explore stories and issues of interest, consequence and social heft.” “My Suicide”, which showed at SXSW, captures the essence of the organization’s mission and will no doubt speak to the technologically advanced, twittering, multi-media, I-phone using, Wii generation of kids out there that despite all their technological advances are not immune to the pain and difficulties of being a teenager. If anything, as writer/director David Lee Miller explains, they are more susceptible than ever.

AUSTIN DAZE: How did this film come about?

DAVID LEE MILLER: My son was a freaky young digital filmmaker. At age thirteen/fourteen,  he would do extreme sports movies and get them into festivals. He became the “X-dance” kid at Sundance.

We had been approached by concerned parents in our neighborhood about car crashes and we wondered if there was something he could do, using film, to communicate to his peers the dangers of car crashes and the other top killers of kids– suicide and violence. He ended up getting a grant from our local city of a Thousand Oaks and he decided, with me, to form Regenerate and empower youth to communicate through media to their peers.

We started sitting around at film festivals that he was playing his movies at and go, “What feature could we make that would fit the mission of our youth group and still be a bad ass film?” We really wanted to get that message out there viscerally—more than a documentary could. That’s where we came up with the concept for My Suicide. And we just started making it.

AD: These kids on the street that you interview in the film are real (not actors).  Were you surprised about some of the issues that came up and how intense their feelings about suicide were? 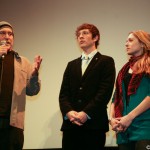 DLM: Very much. I’m not suicidal. My family is very tight and loved and their not suicidal, but every where we turned we encountered people that suicide had touched. We also deal with a lot of bereaved families in Regenerate so I began to realize how important this was. But also, the movie became more about suicide—it became about the teen condition today.

AD: What have you discovered is that condition?

DLM: We live in a really unusual time. I think we live in a time where the young people are better at key communication, business, information technology, and computer skills than their parents. The only thing I was better than my parents at was playing. But now, they are better than their parents at this kind of stuff but they don’t get the respect they deserve. If anything they get the opposite. It’s “Oh you have it so easy today with the computers and video games.” But that’s not true. They are way over-connected and way disconnected by that information overload and it’s not easier to be a kid today.They know this but their parents don’t.  I think that’s why ten to fourteen year olds are this rising demographic of suicides. The average age to see hardcore porn on the internet is 9. What does that tell a kid about love and sex and where they fit into the world—especially if the parents aren’t communicating to them? A lot of this movie was about addressing that condition today. And getting that message across that you are not alone in sharing this pain and that connection is the answer. And that the best things in life are a direct result of giving as opposed to taking.

AD: Did you consult experts when writing this script?

DLM: Big time. We consulted with all the big suicide prevention experts. We wanted to keep our message spot on. Dr. Edwin S. Schneidman who is the father of Suicidology actually appears in the movie. We worked closely with Teen Line which is the teen hotline that deals with suicide issues. Dr. Elaine Leader has been running that since 1983. And then a bunch of other groups.

AD: Are you working with support groups and organizations to share this? It seems primed for an educational setting.

DLM: We plan to do event based screenings and teen suicide educational type events around the movie. We’ve done a couple already and they have been terrific.