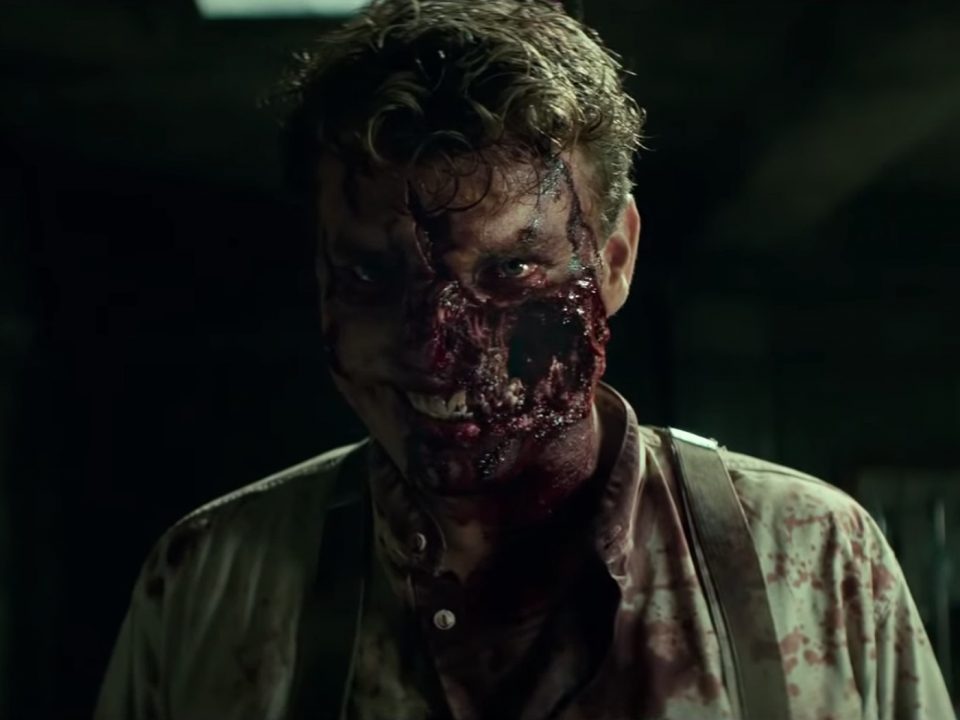 Overlord is exactly what I wanted Saturday night. The crowd was having as much fun with Overlord as much as zombies enjoy brains. I already can’t help myself when it comes to movies about killing Nazi bastards, especially zombie Nazis. Take something like Dead Snow (2009) and combine it with Frankenstein’s monster and you’ve got the awesomeness that is Overlord.

Directed by Julius Avery and produced by J.J. Abrams, Overlord starts off with a group of paratroopers about to literally dive into a shit-storm that is German occupied war-torn France prior to the Normandy invasion. Each soldier running the gauntlet in confidence about the situation, from being green and petrified, to the stereotypical fast talking, gum chewing WW II soldier depicted in other films like Saving Private Ryan (1998). The audience barely has any time to react before a hailstorm of bullets starts riddling the plane. Unfortunately the audio got interrupted at the Drafthouse when it overloaded and needed to be rebooted. That’s how much crazy was packed into the first scene, Alamo’s equipment couldn’t handle it! Once we got audio back, we were ready for the ride. Only a handful of the soldiers actually survive hitting the ground and are then focused on regrouping for a very specific mission, to blow up the radio tower to cut off German communications. After meeting a local French girl in town, the group of soldiers hole up in her attic to avoid being spotted by patrolling Germans. When an underground tunnel is believed to hold the control tower, one soldier discovers more than expected. A creepy German doctor, right out of the Re-Animator, is injecting vials of something sinister into the dead soldiers to bring them back.

Overlord somewhat has a B-movie story quality with a big budget eye to it. Everything is nicely polished, but not completely polished as to take you out of the fun. Yet it has a pulpy comic feel to it that makes it kind of stand out from the typical genre pick. The acting is just fine and the direction is on point so that helps. The “zombies” depicted are the runners a la 28 Days Later (2002), which would make sense since they come back with super strength. What I also appreciated about Overlord is that it felt like a zombie film second, primarily being a war film that has elements of zombie sprinkled throughout.

Live Shots: Galactic at Emo's
Next