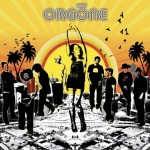 Orgone is good enough to perfect the Meters sound when they want; they can perfect Fela’s Afrobeat sound when they want; but their head, heart, and soul go into making their own unique Orgone sound. Visit their SXSW page and listen to their track “Who Knows Who”. Deserving of all the attention Sharon Jones and the Dap Kings get (if not more).
Weds 1am – Flamingo Cantina
Thurs 9:40-10:10p – Rusty Spurs
Sat 7pm – St. Vincent de Paulhttp://my.sxsw.com/events/event/8487 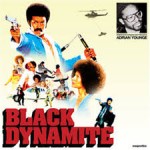 These are the people responsible for the kick ass soundtrack to new blaxploitation film Black Dynamite. Think old 70s Superfly/Shaft sounds done with fresh ideas from a new band. They play at the Scoot Inn right after Ocote Soul Sounds, two great bands back to back.
Thurs 1am at Scoot Inn – 1 Show Only!
http://my.sxsw.com/events/event/7329
http://www.blackdynamitemovie.com/music 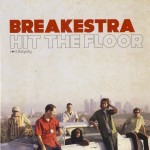 8 piece funk band, members made up from a who’s who of the LA deep funk/soul jazz/hip-hop underground. What are the are the first three letters of FUNK?
Fri 11pm at Karma Lounge
http://my.sxsw.com/events/event/973

12 years ago Bruce James killed it with his band Tunji, packing the dance floor and opening up for the likes of B-3 legend Jimmy Smith. Bruce preceded the current soul revival craze by a decade. Listen to his “Compared to What”.
Weds 2pm – The Shed BBQ (E. 6th & Chicon)
Thurs 6:30 to 7:30 pm –  Sheraton Austin
Sat 9pm – Lamberts (Represent Austin Official Showcase)
http://www.myspace.com/brucejamessoultet

Fitz and The Tantrums 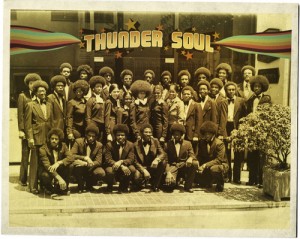 Nickname: Texas Thunder Soul. I first heard of Kashmere Stage Band thanks to KOOP DJ Rick McNulty and his Excavation Nation show.  In the early 70s, Kashmere High School, in Houston’s 5th Ward, put together a tight funk band to compete in school band championships. The result was national championship titles, TV appearances, and tours of Europe & Japan. Their music was forgotten for a while, but lived on via samples from crate diggers like DJ Shadow. The band’s 2008 reunion concert is the subject of an amazing documentary called Thunder Soul. Kashmere Stage Band makes a rare appearance Monday March 15th at the Austin Chronicle Film Party at La Zona Rosa.
http://thundersoulmovie.com/

A super group of sorts, featuring members of Antibalas, Grupo Fantasma, and Hairy Apes BMX. Started as a side project but things clicked so well the group is gearing up for their fourth album of psychedelic afro-latin groove. Pairing them with Black Dynamite Sound Orchestra at the Scoot Inn is pure booking genius.
Tues 10pm – Momo’s
Thurs at Midnight – Scoot Inn
http://www.myspace.com/ocotesoulsounds

The Dap Kings are well known by now, even KGSR is hip to them. No one owns a stage like Sharon Jones. I mean really own it, the way you own a house, and keep those pesky kids off the lawn. I witnessed the Dap Kings keep the groove going while Sharon lectured an audience member for dancing on HER stage without her permission. He hopped off stage, then Sharon brought him right back up (with permission this time). Music still rolling, Sharon makes nice by hooking him up with someone in the audience, and the song ends with everyone happy.
Weds 9:45pm – Stubbs BBQ
Thurs 2:50 – Mohawk
Fri 12:30am – Austin Music Hall
http://www.sharonjonesandthedapkings.com/

The New Orleans trombonist and his funky nation return to Austin for SXSW. Big Sam got his start with the legendary Dirty Dozen Brass Band, but now leads his own band.  It takes something special to stand out in the crowd of New Orleans horn players, and Big Sam’s talent really stands out.

Soul Night at Austin Music Hall
If you are badgeless and want to pay one cover to see five great bands in one place, this is it. You won’t see this lineup together in one night ever again.
Fri March 19th
7pm Mayer Hawthorne
8pm Black Joe Lewis
9pm Raphael Saadiq
10pm Smokey Robinson
11:30pm Sharon Jones & The Dap Kings

Damn.... Typing these words with damp eyes.... CAFE MUNDI IS CLOSING..."nothing gold can stay."
Next