Regrets at the Second Chance Prom 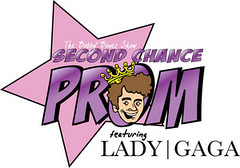 Many of you attended this event held at the Austin Music Hall on May 6th and hosted by 96.7 Kiss FM’s The Bobby Bones Show. I was unable to go the previous year so I was unsure as what to expect. I was under the impression that it was supposed to be like prom. You know gowns and tuxes, dancing, goofy corsages.

I was excited! My friend and I were dressed to the nines. He had actually missed his prom so it was important to me that this was supposed to be his “second chance”. We arrived to find that it was more like a concert versus a prom. But my friend being the eternal optimist said that we just arrived too early and that the “prom like activity” would begin soon.

That never actually happened. It was about 4 hours of standing around (in heels no less) listening to crappy radio music. Leading up to the event the radio station had said repeatedly that this was not supposed to be a concert where you stood around. That it was going to be a “prom”. Not exactly. They had also said that if you didn’t dress to impress you would be turned away. Not exactly. There were tons of people walking around in jeans and tennis shoes. Hell, some people weren’t even wearing shirts! I know that it has been awhile since I attended a prom but for goodness sakes I remember people being clothed!

If I would have known that this was going to be more like a concert instead of a described prom, I wouldn’t have spent money on a goofy dress and would have turned up in jeans and my purple Chucks. Maybe then I would have had a better time.

So we are now 3 hours into this so called prom. A small few are dancing. They have finally turned the lights down after the host of this soirée, Bobby Bones, decided to make an appearance. He instructed the crowd to start dancing. That didn’t happen. At this point I’ve got some Lone Stars in my system and am trying to make the most of this experience.

So finally the concert begins, if you want to call it that. The Veronicas took the stage first and played about 5 or 6 songs. Nothing amazing. Then there was another lull of supposed dance music before Lady Gaga took the stage. I have to admit that I am a fan of Lady Gaga. I was looking forward to seeing her at a venue like the Austin Music Hall. Finally she takes the stage, plays 6 songs or so, and then it’s over. Seriously?! That’s what I waited hours for? Got all dressed up for?

After reading this you can obviously tell my opinion of this supposed prom. The only saving grace was that my friend, George, had won the tickets instead of us having to pay 20 bucks a pop for them.

To wrap this story up, I would have to recommend that the radio station promote next year’s event as simply a concert.  I would not give this event a “second chance”. Maybe backstage where the DJ’s were it was more prom-like but out on the floor it was just a lame concert not worth the effort of getting prettied up for.

And the best part was that as we were about to leave, my friend realized he had been pick pocketed. It was the cherry on top of the sundae.