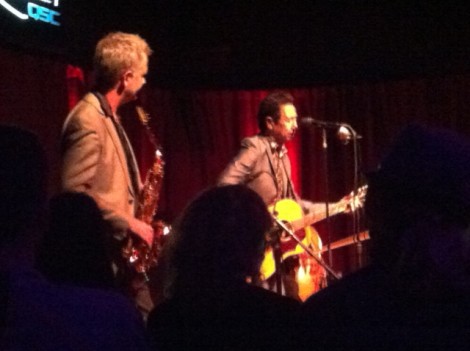 Saturday night started off at Strange Brew where we saw Alejandro Escovedo play an acoustic set. I expected it to be a pretty awesome show and was interested to finally hear a stripped down version of the loud, high energy shows that I’ve heard him play at the Continental Club. It was even better than I had expected though. He featured Brian Standefer on cello and Elias Haslanger on the tenor saxophone.  The acoustic setting gave the songs a completely different feel. The arrangement of the saxophone and cello around his acoustic guitar was incredible. I felt like I really heard his songs for the first time. The Continental Club shows are great and a lot of fun, but at this show I got to hear Alejandro play the songs in a more bare bones (probably closer to how they sounded when they were first written) way. They had a much more honest feel to them and really highlighted his storytelling abilities. I gained even more respect for him as an artist and songwriter after hearing him in this intimate setting like this. As I told Russ, this was one of my favorite shows that I’ve attended since moving to Austin.  The atmosphere, the stripped down feel, the venue’s acoustics, everything was very well done.

After a great gig at Strange Brew, we decided to head to see the Mike Flanigin Trio at C-Boys featuring Jimmie Vaughan. I had never seen Jimmie live. Mike Flanigin played the organ and sang. Jimmie Vaughan played guitar and also sang on a few songs. They had awesome drummer, George Raines playing with them as well and they all sounded great together. It was very cool to see such a legendary blues guitarist live in person and at a local club like C-Boys. Flanigin’s vocals and organ playing, alongside the excellent drumming by Raines, created a great platform for Jimmie to show us his chops. I’m happy that we made the move to go to C-Boys. We had a great Saturday night and got to see a lot of really amazing music. 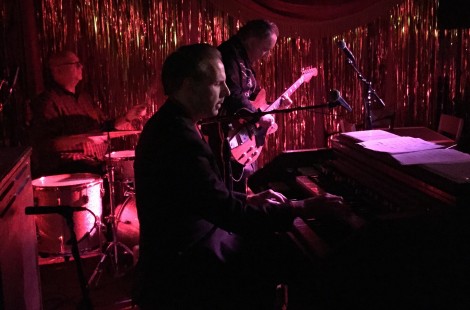 The War On Drugs - Taping For Austin City Limits
Next