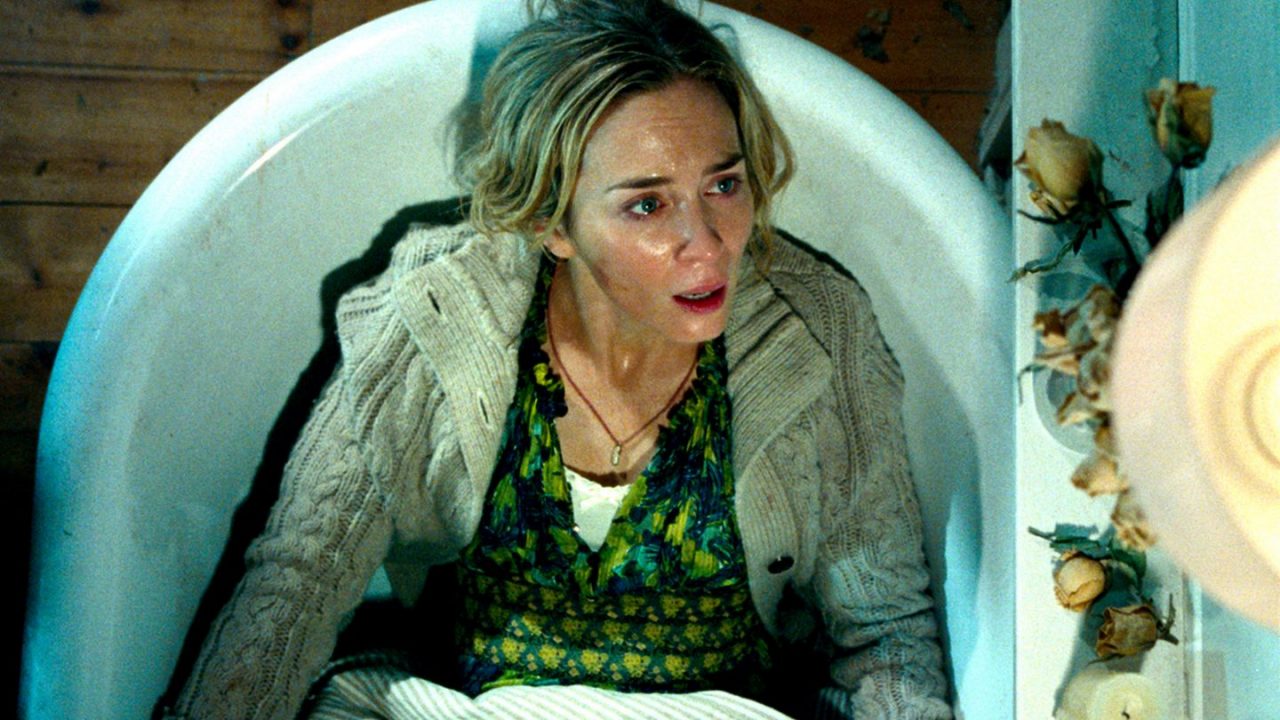 The SXSW opening night film at the Paramount Theater is always a great litmus test for what’s to come. The bubbling anticipation and energy from the crowd filling up the historic Paramount theater (seating roughly 1200 people) could hardly be contained when director/co-writer John Krasinski (The Office among other feats) was brought to the stage to introduce his Horror/thirrler/Sci-Fi project, A Quiet Place.

As the film opens, we see a family man (John Krasinski), his wife (Emily Blunt), and two kids (Noah Jupe) (Millicent Simmonds) pilfering   the remnants of a derelict drugstore in an empty town. The audience quickly understands that sound is to be avoided at all cost for self preservation and survival. As the peril throughout comes in the form of relentless human hunting machines that look like bio-mechanical animals swiftly reacting to the slightest sounds.

With only about two to three minutes worth of actual verbal dialogue, the other senses are relied upon throughout the film. The eye is often drawn to nuanced movement within a scene to build exposition like panning to show Emily Blunt’s pregnant belly or the amount of research that John Krasinski’s character has developed by studying the mechanical creatures that have eradicated most of the humans. Also great use of space and silence to convey the loneliness or despair that comes from what the family has endured and what they may have to endure further. I respect the choice to trust that the audience can handle an hour and a half with only intermittent subtitles and reading between the lines for once.

After the film, John Krasinski offered at the Q&A, “You care about the family…”, which I’d say is the driving point in the film. Although it seems that they have a pretty good contingency plan in place, the fear that drives them is constantly hinged on their survival abilities which conveniently made for nail biting moments where I anxiously rubbed my face with dread and watched fellow viewers covering their eyes and mouths accordingly to the masterfully orchestrated tension that is built up throughout A Quiet Place. The scare or jumpy moments are not thrown in haphazardly, but are mostly purposeful to the story.

I realized that the lack of sound or dialogue is the perfect breeding ground to make a film terrifying and A Quiet Place accomplishes this for the most part. All I could think about the whole time is, if there was dialogue, I wouldn’t have noticed the subtlety or the patience of the film, which is rare in the horror world these days. However, if it was 30 minutes longer, it may have fallen apart, but unlike so many films these days, it was actually edited down to a reasonable length and kept on track.

It’s hard not to walk away thinking contraception is of utmost importance when you are dealing with deadly machines that react to sound and sound alone. The moral of the story is, don’t start making babies with this version of the apocalypse.