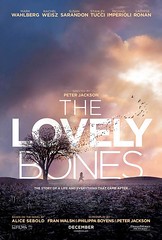 The movie began well enough, a seemingly complimentary pairing of the suspense thriller genre with a fantasy backdrop. I was pulled deeper and deeper into the story, enjoying myself, along for the ride….
Then suddenly, without warning, or buildup, or anything resembling plausibility, the movie takes a horrible turn where the characters come unhinged and commit acts totally out of character, and the film never recovers, only gets worse and worse.
Because of some CGI enhanced transmuted feeling, admittedly vague at best, one character literally stalks another with a baseball bat down the middle class streets, at night!!, pursing the other character into a cornfield where all goes bad to worse in a most unbelievable way????!!!!! BS! The mother flies the coop, leaving family behind to go work with itinerant strawberry pickers somewhere far far away. ????!!!!! BS!! We are given no buildup of how or why for these sudden twists of character, who until now, were distraught, but normal, together, middle class folks.
One of the family does keep it together and she manages to uncover the source of the families woes, duly reports it to her family… and nothing happens… Nothing.
Some more inane story crap ensues, enhanced by CGI that is a horrible device for storytelling.
Then, apparently after much time passes, the bad character is still up to his nastiness, but lures his bait to another person in the most unbelievable of settings and circumstances, and then courtesy of CGI magic, something resembling justice occurs. … Gimme a break.
Then, it ends. Mercifully.
Susan Sarandon is the only believable character here. But her role doesn’t a movie make.
Yet another note to Hollywood… Take the money you guys are spending on CGI and HIRE A DECENT WRITER!!! Don’t try and lull us and dazzle us with your dream worlds when you haven’t a clue how to move us with a believable and compelling story.
Don’t bother with this one, readers. A total mess. A waste of two hours of your life. Yuck!
Yo Pete, gain back the weight you lost, maybe that will bring you back to form…
Cruel I know, but I don’t particularly like my time wasted, regardless of whom is the perpetrator. Pete let the bar be lowered, and the buck ultimately stops with him, and for that he should pay. And I guarantee you he will come 2nd week box office receipts. I’m not a betting man, but any takers?