The Wolverine Is Almost Sharp 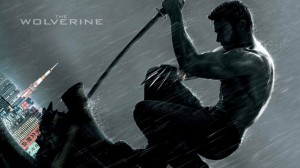 I have always had the highest regard for the character Wolverine; ever since I was first introduced to the hairy beast in the comics. He wore the brown costume, to show my age, and I knew from the start there was something special about this Canadian runt. Maybe that’s why Hugh Jackman, who reprises his role as Logan for the sixth time, has stuck around so long. I’ll admit that I was fearful that Marvel’s newest potential blockbuster would again fail to do Wolverine justice. Surprisingly, The Wolverine clawed its ways through my skepticism in some respects.

For those who saw X-Men Origins and X-Men: The Last Stand, I’m very sorry. This is the first time where I felt like Hugh Jackman almost cared about playing Wolverine again. It’s probably not very difficult for him to get into character at this point, but you could tell he was more intrigued by this one compared to the previous two features. There was more substance to the story, but I’m not sure if you can thank the writers for that.

The Wolverine is loosely based on the Chris Claremont/Frank Miller origin story comic, which has become fairly well known to fans. Taking place in the same universe as the other X-men films, The Wolverine occurs sometime after X-Men: The Last Stand. We find Wolverine living in the snowy Canadian wilderness among Grizzly’s and other wildlife. Still mourning the loss of Jean Grey (reprised by Famke Janssen in dream sequences), Wolverine has lost all faith in humanity and in himself, but is brought out of this crisis to visit an old friend in Tokyo as a dying wish. Logan reluctantly agrees to travel to Japan by plane (apparently Wolverine doesn’t like planes) to visit the ailing Yashida (played by Haruhiko Yamanouchi), who Logan saved back on Hiroshima during WWII. Yashida is aware of Wolverine’s healing factor ability and if he would only share this with the old man, in return, Logan could obtain mortality and live a normal life. Wolverine turns him down and plans to travel home, but Yashida passes away that very night. After being introduced to Yashida’s granddaughter, Mariko (Tao Okamato), we soon learn that the Yakuza has plans to kidnap her. Most of the movie centers on Wolverine and Mariko’s blossoming and borderline creepy romance. The lack of chemistry is obvious, possibly due to the age gap in real life and the fact that Wolverine used to pal around with her grandpa.

Director, James Mangold (Walk the Line, 3:10 to Yuma) delivers some well executed shots that give this action movie some distinction among other Summer flicks. Although, I’m not certain he was able to breathe life back into the iconic Wolverine.

This is Wolverine at his core, an animal referred to as a “Ronin”, a Samurai without a master, but even he has a code, as a soldier. The Wolverine is darker and grittier than X-Men Origins, and I would have liked to have seen it with an R rating label. There are some annoying continuity errors and poorly timed jokes, but I’ll let you pick them out. Overall this film is able to keep the attention of the X-men movie fans and will appease some of the comic fans along the way. If nothing else, the teaser scene at the end of the movie is well worth the cost of admission.

I Can Feel The Heat
Previous