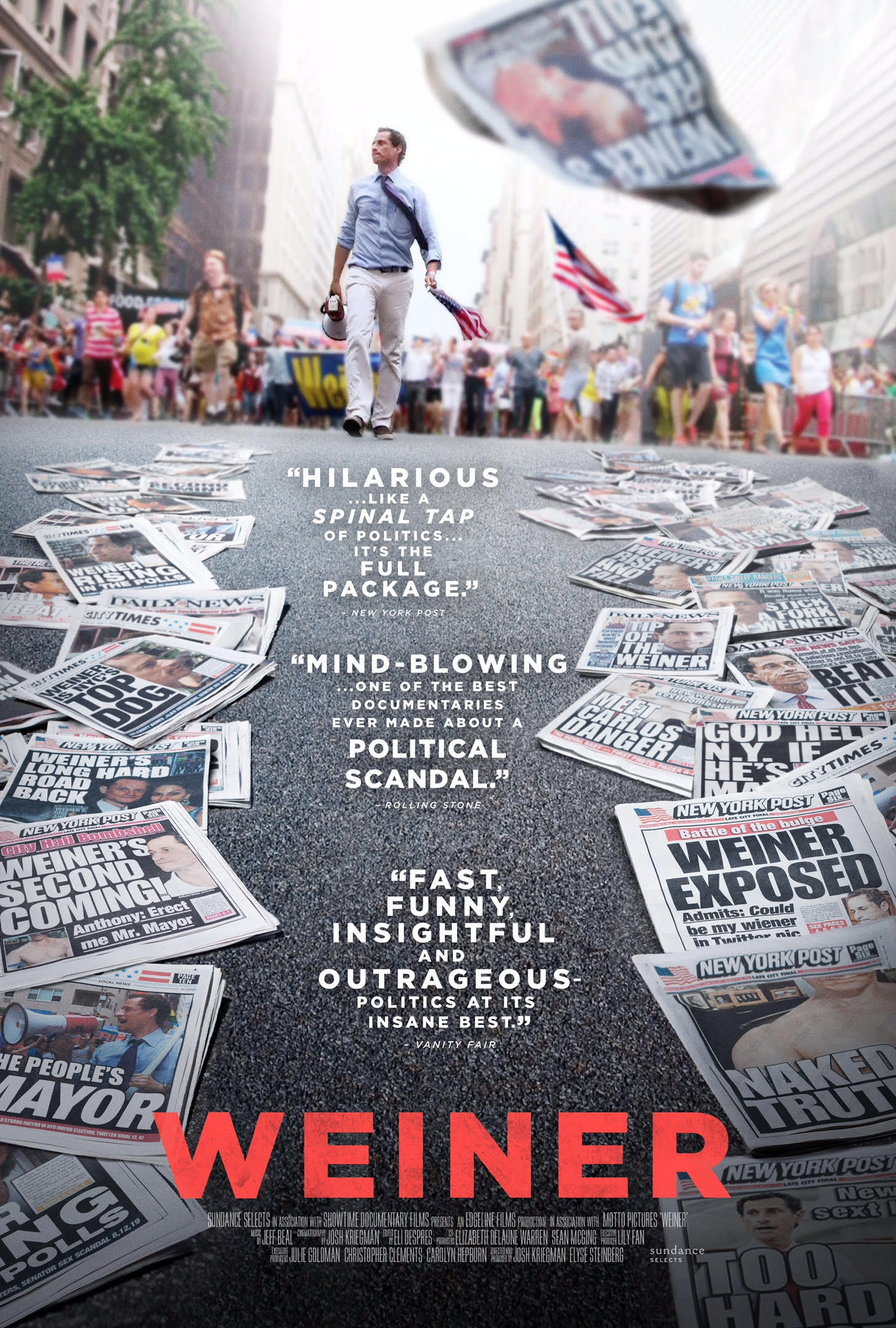 Weiner, the documentary, revolves around Anthony Weiner’s (aka ‘Carlos Danger’) rise and fall in politics. Weiner reluctantly resigned from congress in 2011 for linking photos of his surname (if you will) via Twitter to a young woman. This was the first of two scandals that he eventually fessed up to publicly. Fast forward two years later, Anthony Weiner decided to run as a mayoral candidate for New York. He was seemingly on a path to righteousness and polling well with New Yorkers. Claiming he had learned from his mistake, he was ready to move on and make positive changes for New York, until his second offense.

The documentary showcases a megalomaniac politician who seems to love attention, whether it be positive or negative. Almost a mockumentary at times, intended by the documentarian or not, Weiner will have you laughing solely on the media’s pun-frenzy coverage of this guy. Having a last name like Weiner is already tough enough in context to his scandals, but getting caught twice is doubly embarrassing.

At times, Anthony Weiner comes across as agitated and arrogant. In his defense, he is being scrutinized left and right for being dishonest in his personal life. Aside from being a politician, it’s also very sad watching someone who obviously needs more therapy and help with what seems to be an addiction. Unfortunately, Anthony Weiner seems to lack the self-awareness and humility (surprising as that may sound) to seek personal help.

Polar opposite is Huma Abedin, his wife, who is very much part of his campaign until close to the end for an obvious reason. She seems endlessly patient, charming, sincere, and of most importance, forgiving time and time again of Anthony’s transgressions.

If you’ve ever been a fan of Anthony Weiner or not, check out this well-made documentary and relish in the “Weiner” jokes if nothing else.

ACL Live....Put Your Phone Away
Previous