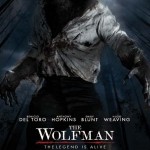 I so wanted  this to be awesome. Unfortunately it was undercooked and underdeveloped. The characters had no substance, the story was full of holes and the cgi  and scare tactics were just annoying.  By now, everyone knows that this flick was in development hell for a long time. The original director walked right before the first day of shooting.  Never a good sign. Rick Baker’s effects were turned down for cgi (computer graphics something).  Ultimately, giving this classic tale a “Music Video” feel.  This film did not end up the classic that I was hoping for and became merely watchable.

I have a deep affinity for werewolf pictures. The story is  awesome. The tragic once bitten tale has  so  many interesting avenues to embark on. Even the elements and devices (full moons and silver bullits, etc) are interesting. Foolproof.  One would think. They are just never very  good.  Like a junkie, searching for that unatainable fix of  ultimate bliss, I alwaze flock to  the theater when a new werewolf picture is released.  Hoping for that  gem like  AMERICAN WEREWOLF IN LONDON. Most of  the  releases  never come close. The best I have seen in a long time  has been GINGER   SNAPS.  One day, they will realize what can be done with  this tale. I will  keep sifting through the trials in hopes of that rush.