“You Can Blame the Meteor Showers!” 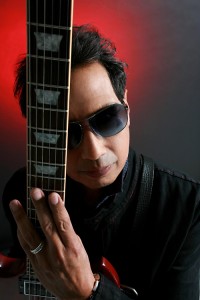 Those crisp cool nights back in November & December flood on in. The time passed through our dancing bodies, oh so fast. If you were one of the fortunate souls to be at The Continental Club you know the magic on this new cd by Alejandro Escovedo, called; Street Signs of Love. Last November AND In to December he played a stint of Tuesdaze nights after Toni Price. I was waiting for a ride to snag me so I stayed for the first one. I knew who Alejandro was, maybe had seen him a few times, but nothing really stuck with me. He started and I was sucked in. Needless to say, I did not miss a gig after that first one. Anyway, at these shows he would introduce two new tracks from the (yet to be recorded) new cd amidst his repertoire. Magic ensued. So,  I knew for many months that this cd was going to be amazing.His   backup band,  the sensitive boys and sensitive girls are smokin. The Boss  (Bruce Springsteen) sits in on a track.    Yes it is that cool. It is also produced by Tony Visconti! This disc is gold. It ranks up  there among the greats in my cd  collection. Part of this disc includes the lyrics to each tune. You just don’t get that in cds anymore.  I  thought I  knew the song but they become cooler when the real words are seen.  Cooler and shattering at the same time. The riffs of “AFTER THE METEOR SHOWER” send me into a state of beauty and lost love. Really an   awesome piece of work. Powerful. I am full of joy and tears when i listen to         this cd. We plan to interview Alejandro  when we can  catch him………………… GET THIS DISC!

Dog Daze of Summer by Rockslide
Next